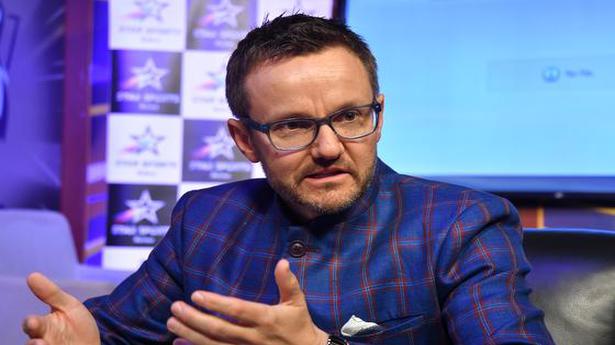 Kings XI Punjab arrives here with a winning momentum and the confidence of having come out on top the last time it played against Delhi Capitals. And, coach Mike Hesson made no secret of the psychological edge that victory had given his team ahead of Saturday’s game.

“The fallout from the previous game is that you are never out of it. It does give confidence that if Delhi is in the game, it gives you that little impetus to just hang in there. I am sure the guys will remember that,” he said here.

Delhi lost seven wickets for nine runs in that game in a remarkable collapse with Sam Curran being the wrecker-in-chief for Punjab.

The Ferozeshah Kotla track, however, would be different and Hesson admitted the absence of two spinners — Mujeeb Zadran and Varun Chakravarthy — to injuries was a big loss.

“Mujeeb’s made good progress, he is not in as much pain as before. He will train with us today and we will make a decision after that. Varun, of course, has been injured, as is Moises Henriques but we hope everybody will be able to make contributions later in the tournament,” he said.

Hesson, however, was not worried about the large number of late finishes in this edition.

“When the game comes down to the wire, I don’t think many viewers are switching off. If you have invested three-and-a-half hours in a game I don’t think another 15 minutes makes any difference.

“I think most of the teams are going a bit quick in the first half so that they have that extra bit of leeway towards the end. There is a lot of pressure, a lot on the line and lots to think about out there,” he said.

The plan does not include any quarantine hub for the visitors, say host media reports Source: thehindu.com Related

Ranji Trophy | TN, Himachal look to get back on track

Both Tamil Nadu and Himachal Pradesh will look to get their Ranji Trophy campaign back on track when the two teams face off at the NPR College grounds here on Tuesday. Tamil Nadu lost to Karnataka while HP went down to Saurashtra in their season openers last week. Tamil Nadu lost a close match here […]