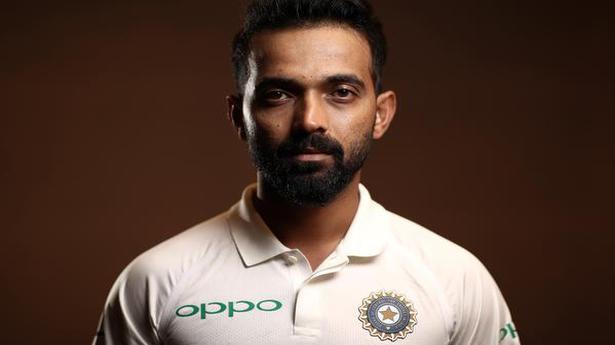 India batsman Ajinkya Rahane has signed up with English county side Hampshire. He becomes the first Indian to represent Hampshire.

Rahane will feature in eight county matches from May to July, subject to visa clearance. The Mumbai player will replace South Africa’s Aiden Markram who will be representing his country in the World Cup.

“I am excited to be the first Indian to play for Hampshire, a county which has a glowing reputation. I hope to score runs and win as a team. I would like to thank the BCCI for allowing me to play,” Rahane said.

“Ajinkya showed an interest early in on and the way things have played out, it’s a great opportunity to get him over.

“We are really excited to have him with us,” said Giles White, Director of Cricket at Hampshire.

Chepauk I, J and K stands | Clearance for gym demolition by Monday

We have now reached the end-game of almost a decade-long lockjam over the I, J, and K stands at the M.A. Chidambaram Stadium. The three stands of the iconic stadium at Chepauk were last opened in December 2012, when India played Pakistan in an ODI series. The issue in contention is the creation of eight […]

We dominated the series: Dhawan

If the second T20I at Indore was a cakewalk for India, the final one saw Virat Kohli’s men demolish Sri Lanka with a clinical performance. Despite trying out 14 of the 15 members in the squad, India was never really stretched. Shikhar Dhawan stressed that India dominated the series. “We obviously dominated the series, but […]

West Indies all-rounder Kieron Pollard has been fined 20% of his match fee and handed one demerit point for disobeying the umpire’s instructions during the second T20 International against India in Florida. The International Cricket Council said that Pollard’s conduct was in breach of Level One of the ICC Code of Conduct. Pollard was found […]