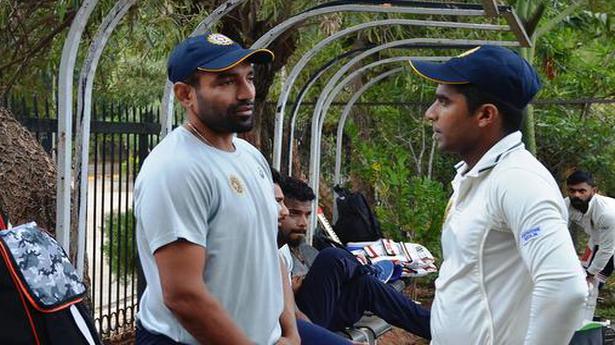 Who knows, Jalaj Saxena’s men may prove everybody wrong in that match against Vidarbha: they may take it to the third day, or the fourth even, may avoid a defeat or even stave off relegation.

But even if they do, the fact will remain that they have underperformed greatly. There is an even more worrying fact: the future isn’t looking all that bright.

If the administration doesn’t get its act together, Kerala’s show in the last two editions of the Ranji Trophy could soon seem like a fond, distant memory. Last season, it had reached the semifinals and before that, the quarterfinals, for the first time in history.

To do so well for two years in a row was a fantastic feat, no doubt. From those great heights, Kerala has fallen with a deafening thud. It has lost five of its seven games this season.

Only the defeat against Hyderabad took four days, and that too because much of the opening day was lost to bad weather. The Rajasthan match was over in two days, while the others barely lasted three.

Several factors have contributed to Kerala’s dismal show, such as the decision to play all its home matches on the turning track at Thumba (Thiruvananthapuram), some strange moves by the sacked captain Sachin Baby (like choosing to bat first in Hyderabad when the conditions were ideal for bowling), the unavailability of key men like Sandeep Warrier and Sanju Samson for a few matches and a total lack of application by the top-order.

Then there was the issue of selection, like that of Abhishek Mohan, a 27-year-old seamer. Five years after his forgettable debut in 2014, he was recalled for the match against Rajasthan, that too, when he hardly looked fit enough to play at the First Class level.

Surely a bowler from the junior squads should have been given an opportunity. Batsmen from those teams, like Vatsal Govind, have to be groomed too.

As for bowling, pace remains Kerala’s strength. Warrier, Basil Thampi, K.M. Asif and M.D. Nidheesh are all fine bowlers, but the question is whether the Kerala Cricket Association (KCA) is doing enough to spot new talents and nourish them.

Some of the decisions the KCA took, like the one to close down the district-level academies, is likely to impact the game negatively in the long run.

Strangely, the association seems to be more interested in spending money on building cricket stadia all over Kerala. Why do you need so many quality grounds in a small State, at the expense of academies?

The KCA should also take a closer look at its domestic competitions. It is high time the Jacob Trophy – which used to be the selection tournament for the Ranji — is revived.

Not only would that give fringe players an opportunity, it would make the process of selection transparent.

Anil Chaudhary is the lone Indian named in the list of 19 match officials, including 16 umpires, for the upcoming ICC U-19 World Cup starting in South Africa from January 17. The 54-year-old Chaudhary has so far officiated in 20 ODIs and 27 T20Is including the ongoing series between India and Sri Lanka. According to […]

Players, support staff can enter bio-bubble only if all results are negative Source: thehindu.com Related