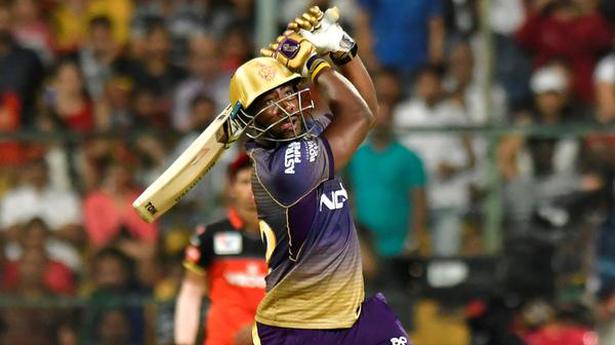 Andre Russell is not just a big, mean machine that churns out sixes. There is a lot of thought process behind his mayhem in the middle.

When he surfaced in the international cricket in 2010, Russell was essentially a fast bowler — he could generate considerable speed — who could also swing his bat around.

Now, he is a force of nature in the climactic stages of a T20 innings, blowing away the opposition attacks, clearing enormous ground with his brutal blows.

The transformation in his batting is striking. He has found ways to maximise the impact of his power-game.

Just look at the manner Russell manipulates the crease. There are times when he stands well behind the line to get under the yorkers and pick it up on the half-volley.

And he is able to execute these strokes because of his terrific bat-speed and strong wrists that enable him get under the ball.

If the ball is really full, it is not uncommon to see him move still deeper into the crease, get under the sphere and dismiss it into the stands.

The 30-year-old’s big back swing and the stability of his legs, that are spread wide to create a strong base and utilise the ground forces, lend greater potency to his strokes.

Playing on the mind

He makes the bowler alter his plans, plays on his mind. The margin of error against Russell is very low — and the bowler can run out of options.

If it is a length ball, Russell uses his long reach, goes through with the swing and can send the ball on a flight between long-on and square-leg. The shifting of the weight to either leg is done effortlessly by this West Indian.

Even on those occasions when he is committed on the front foot and the paceman drops it short, Russell can quickly change plans, shift weight and flash the ball past point or hook and pull it, depending on the line.

He has grown stronger, uses a heavy bat, practises range-hitting and no ground is big enough for him.

Left-arm spin or leg-spin could be a useful ploy against this marauder. But then, Russell is running hot these days.

Thunderstorms stayed away but it rained sixes here on Saturday. In a tense Test where South Africa will be defying pressure to survive the final day, the big hits, rather paradoxically, have assumed centrestage. Sixer record As many as 14 sixes were struck on day four of the first Freedom Test taking the sixer count […]

Scoring 300 in any kind of cricket is great: Vengsarkar on Sarfaraz

Former India captain Dilip Vengsarkar on Thursday heaped praise on young batsman Sarfaraz Khan for notching up an unbeaten triple hundred in their drawn Ranji Trophy game against Uttar Pradesh. Sarfaraz, who returned to Mumbai after playing for UP, on Wednesday slammed 301 off 391 to help the 41-time Ranji Trophy champions overhaul UP’s first […]

Women’s T20 WC | Go out and give your best, says Sachin Tendulkar

As the Indian women’s cricket team gears up for its maiden T20 World Cup final, it has a piece of advise from Sachin Tendulkar — stay in the moment and be positive. “Go out and give your best — that is what my message to them (is). Don’t take any pressure, though it is easier […]