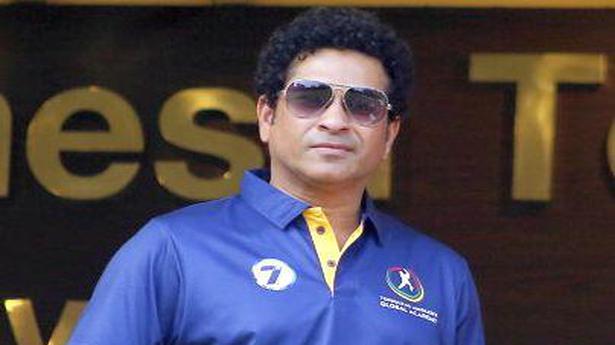 “It’s a huge honour for me,” Tendulkar said at the induction ceremony held here on Sunday night.

The 46-year-old former right-hand batsman is regarded the greatest to have played the game along with Sir Donald Bradman and remains the top run-accumulator in both Tests and ODIs.

He has 34,357 runs across formats and is the only batsman to have 100 internationals hundreds under his belt.

The 52-year-old Donald is one of the finest bowlers to have played the game and had 330 Test and 272 ODI wickets to his credit before calling it quits in 2003.

Fitzpatrick is the second highest wicket-taker of all time in women’s cricket with 180 ODI scalps and 60 in Tests. As a coach, she guided the Australian women’s team to three World Cup titles.

Opener Janneman Malan struck a sparkling unbeaten century to guide South Africa to a six-wicket win over Australia in the second one-day international in Bloemfontein on Wednesday which sealed victory in the series. Australia won the toss and chose to bat, posting 271 all out as South Africa seamer Lungi Ngidi completed career-best figures of […]

No regrets over retirement: de Villiers

He is one of the modern legends of the game, acclaimed and loved world over and considered among the all-time greats of cricket. But all the adulation and monikers sit lightly on A.B. de Villiers, who insists he is at peace despite being part of some of the best South African sides ever to not […]

Got to make them pay for let-off: Mayank

While some of his teammates were having a net session under lights with the pink ball after stumps on the second day, Mayank Agarwal addressed the media with a content look. Having ground his way through the domestic system to earn his maiden Test cap, he wasn’t excited at scoring his second double hundred in […]