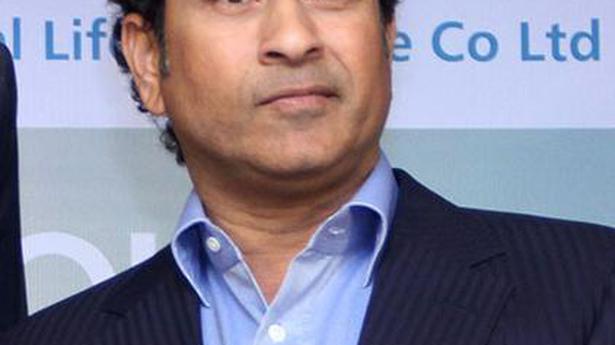 Sachin Tendulkar, who was the first to recommend it, on Wednesday welcomed the International Cricket Council (ICC)’s decision to stop boundary count as a way of deciding knockout games in its global tournaments like the World Cup.

The ICC on Monday changed the Super Over rule for all its major tournaments following the uproar over the outcome of the men’s World Cup final in July when England was declared winner against New Zealand on boundary count.

After the board meetings in Dubai, the ICC decided that in semifinals and finals of future global tournaments, if the teams score the same number of runs in their Super Overs, the process will be repeated until one side wins.

“I felt this was important as it is a fair way to obtain a result when nothing else separates the 2 teams,” Tendulkar tweeted in favour of the move.

Tendulkar also congratulated Sourav Ganguly, who is to be appointed as next BCCI president.

“Congrats on being elected the @BCCI President, Dadi. I am sure you will continue to serve Indian Cricket like you always have! Best wishes to the new team that will take charge,” the batting great wrote on the microblogging site.

Assistant coach Sanjay Bangar said the absence of dew in the evening hampered India’s run chase on Friday. He said India had elected to field keeping in mind the dew factor, which would have made bowling difficult. “Yesterday there was lot of dew. Because of that we bowled first. Since there was no dew the […]

Saqlain Mushtaq and Anil Kumble were locked in a fierce rivalry on the pitch, but were friends off it. In an Instagram live chat with Sportstar on Sunday, the Pakistan legend revealed how the Indian spin king helped him immensely in his career. “We were in England and I told Anil bhai that there were […]

Ind vs SA: Heavy downpour in Dharamsala ahead of first T20

A sharp spell of afternoon thundershowers lashed Dharamsala ahead of the first T20 International between India and South Africa here on Sunday.   As per weather forecast, scattered thundershowers are expected during the day. While the match starts at 7 p.m., the HPCA Stadium is equipped with quality drainage facility and can prepare the ground […]