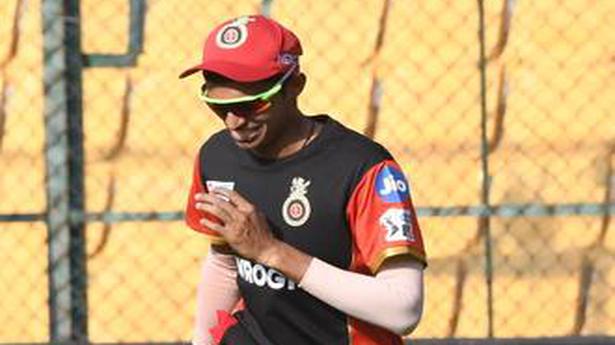 Former India pacer and Royal Challengers Bangalore bowling coach Ashish Nehra cited the example of pacer Navdeep Saini to stress that form of a player could change fast in the T20 format.

Nehra said Saini’s effectiveness brought him the rewards. “He didn’t play last year. So many guys came up to me and said he plays matches for ONGC and has gone for plenty (of runs). So many people actually doubted and said you bought him for ₹3 crore and he had not done well even in club matches.

“Look where he is today. He is the first stand-bye. If any fast bowler gets injured, he will be the one playing the World Cup,” said Nehra on the eve of RCB’s match against KKR.

“Within two matches, his confidence was high when nobody thought he would do well. That’s the beauty of IPL. He is not going to come good in every match. He has got all the ingredients to be a good bowler.”

The city of joy gears up

The City of Joy is gearing up to host the first-ever pink ball day-night Test match at the Eden Gardens here. The Cricket Association of Bengal (CAB) has joined hands with Creocraft to give life to the Eden’s walls, which will tell the story of a cricketer and his journey from the maidan to the […]

Coronavirus | Use of saliva in cricket may be banned

The coronavirus pandemic has all but ensured that cricket will do away with one of its oldest practices — the use of saliva to polish the ball. In the age of sanitisers and hand washes for saving oneself from COVID-19, the use of saliva on the ball carries dangers on multiple fronts. It is learnt […]

‘Not a total washout’: Raman

W.V. Raman feels the Indian women’s team needs to play smart cricket under pressure in T20s. “It is a young side; it will learn along the way,” the coach said. “Though the scoreline says 3-0, it wasn’t a total washout.” Looking back at the twin series — India had won the ODIs 2-1 — he […]