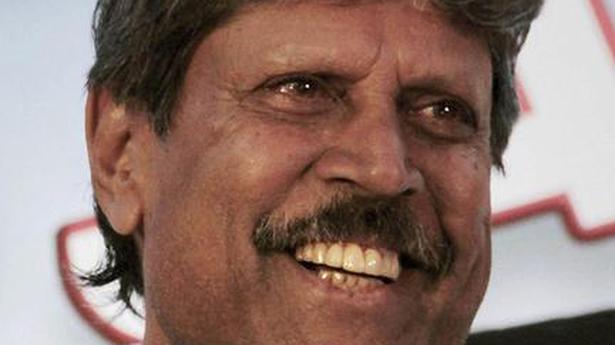 With the 2019 ICC World Cup less than a month away and experts of every kind ready with their assessments of the Indian team and its chances, the man who got home the trophy for the first time doesn’t want to go into prediction mode.

Kapil Dev on Wednesday refused to get into the merits of the 15-member squad selected for the competition, revealing instead that, all skills being equal, belief was the only differentiating factor between winners and losers.

“Belief is the most important thing that separates winners from others. Self-belief, having the faith that you can win, is what differentiates a team that can actually win the Cup and having the perfect team but losing the Cup,” Kapil said on the sidelines of a promotional event here.

“Whether it will happen or not, whether we will win or not is something I cannot say. But it is very important to have trust and faith in your team. I have full faith in my team, the Indian team. Results will come later,” he added.

Asked whether the chemistry between former captain M.S. Dhoni and Virat Kohli would have any bearing on the team, Kapil refused to take the bait.

“This is not like a relationship between husband and wife that you need chemistry or biology. Both of them are very different but both are excellent.

“All of them have to understand that they are not playing for themselves but for country. And when you are playing for the country, no other thought should ever come into your mind,” he quipped.

Kapil was confident of India reaching the semifinals, along with England and Australia. “The fourth team can be anyone — Pakistan, West Indies, New Zealand, South Africa. But the top-three team appear more settled, balanced and stronger than the rest,” he said, adding that the fourth team might end up being the dark horse.

Asked about India’s specific strengths, Kapil said the team had the right combination of youth and experience to go all the way, adding a word of praise for India’s pace-set.

“We have four fast bowlers and three spinners, and we have Kohli and Dhoni. I think all of our fast bowlers are fantastic and the English conditions will also help them. We have both swing and pace in our ranks. There is (Mohd.) Shami, (Jasprit) Bumrah, Bhuvneshwar Kumar — they will all do well,” he signed off.

For three quarters of Tamil Nadu’s innings, Kerala had things under control. But the host wasn’t prepared for a late assault from a rookie player and bungled its bowling at the death as it lost the opening match of the Syed Mushtaq Ali Trophy by 37 runs here on Friday. M. Mohammed had made a […]

Australia’s Alyssa Healy smashed an unbeaten 148 off 61 balls to set a new world record for the highest individual score in women’s Twenty20 internationals at the North Sydney Oval on Wednesday. Healy reached her century in just 46 balls, the second fastest in history, as Australia piled up 226 for two in the final […]