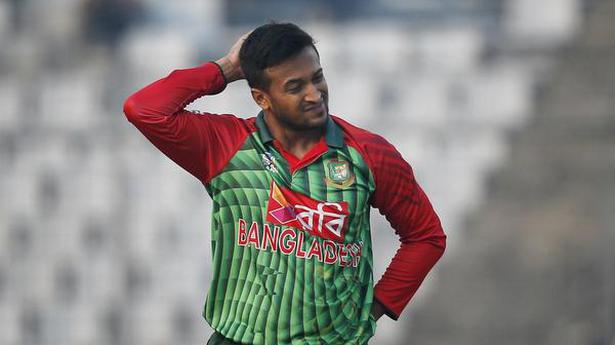 The ICC banning Shakib Al Hasan for two years — one of them suspended — from all cricket for not reporting advances by an alleged bookie should send shockwaves in the cricketing world.

Here was a marquee player, Bangladesh’s best cricketer and among the world’s top all-rounders, being punished for his interactions with someone suspected to be a bookie.

Shakib’s conduct — he has let his team, country and cricketing community down — is unpardonable because he, having played the game for so long, must surely have been aware of ICC’s instructions, to all players, to report approaches by suspicious elements.

The transcripts of Shakib’s Whatsapp conversations with the person in question, released by the ICC, are disturbing. Particularly when Shakib writes to the individual that he wanted to meet him in person.

Then, there are deleted messages. We might never know the extent of Shakib’s involvement with the alleged bookie.

Match and spot fixing and extracting information from cricketers are poison to cricket since they make a mockery of the viewers, the teams and those who play the game honestly. The match becomes a farce.

These bookies strike at the very soul of the game, its integrity, corrupting it, eroding its credibility and luring the players to sell themselves.

Many — such as the celebrated former England captain Michael Vaughan — believe ICC’s punishment to Shakib should have been more severe. Did Shakib get away lightly with just a year of effective ban?

That the exchanges between Shakib and the alleged bookie happened during the IPL, 2018 — the last year of ICC being in charge of the anti-corruption unit in the competition — is worrying.

Is the IPL, which has been ripped open by spot fixing in the past, still being swarmed by those who want to induce the players and destroy the game?

Unlike the past, the cricketers are paid handsomely now and acts of cheating the game are unforgivable. And there are so many emerging leagues in different corners of the world where anti-corruption units are fragile and porous.

It’s been more than 20 months since R. Ashwin walked out on a cricket field in India’s Blues. However, the off-spinner is convinced that his exclusion in the team is more due to the “perception” that “wrist-spinners are required” in white-ball cricket than his own performance. When asked if it becomes easier to focus on just […]

Mitchell Starc is taking the legal route to get $1.53 million of his IPL contract paid out after he failed to play any game for his franchise Kolkata Knight Riders (KKR), according to a report in the Sydney Morning Herald. Injured Starc was injured in last year’s ill-fated Test series against South Africa. According to […]

Opener David Warner scored an unbeaten half-century in vain as Australia blew what appeared to be a comfortable chase to allow South Africa to claim a 12-run victory in the second T20I on Sunday. The series is level 1-1 with the decider to be played in Cape Town on Wednesday. South Africa posted a below-par […]