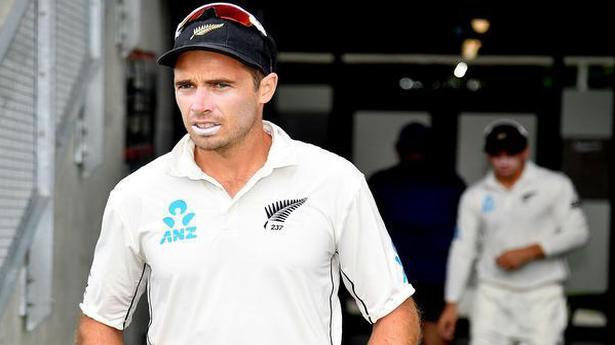 Paceman Tim Southee will lead the team in Williamson’s absence, with the batsman hoping to return for a two-Test series in late November.

Coach Gary Stead said it was the same injury that affected Williamson during the Test series against Bangladesh in March.

Stead said fast bowler Lockie Ferguson would play the first three fixtures of the five-match series then be replaced by Trent Boult.

The series begins on Friday, November 1, in Christchurch.

India-A’s celebrations have to wait

Rain and bad light made India-A wait a day to win the unofficial first Test against South Africa-A at the Sports Hub on Wednesday. Only 20 overs of play was possible on the third day but India-A had the South Africans on the mat at 179 for nine when the play was called off due […]

Australian coach Justin Langer Tuesday welcomed the top-order selection dilemma posed by the return of David Warner as offering “fantastic flexibility” to the team ahead of the World Cup. The return of Steve Smith and Warner from their year-long bans for ball-tampering has left selectors in a quandary, with openers Aaron Finch and Usman Khawaja […]

Shafali Verma scored a blistering unbeaten half-century to help India-C register an emphatic eight-wicket victory over India-B and win the T20 Challenger Trophy title on Friday. Chasing 132 in the final played at the Barabati Stadium, opener Shafali smashed 89 from just 45 balls, with 15 fours and 2 sixes, as India-C crossed the line […]