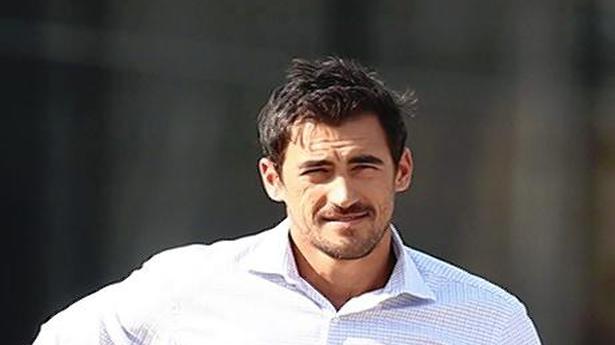 Mitchell Starc is taking the legal route to get $1.53 million of his IPL contract paid out after he failed to play any game for his franchise Kolkata Knight Riders (KKR), according to a report in the Sydney Morning Herald.

Starc was injured in last year’s ill-fated Test series against South Africa. According to the report, Starc filed a lawsuit in the Victorian County Court last week against the insurers of his lucrative deal to play for KKR.

Starc, who is represented by Mills Oakley lawyers, is suing a syndicate of Lloyd’s of London, the insurance market where coverage can be bought for unique circumstances, the report added.

Going by Starc, he started feeling pain in his right calf while bowling during the second Test in Port Elizabeth.

“While bowling on uneven footmarks on a worn wicket, the plaintiff suffered a sudden onset of pain in his right calf.

“The pain worsened over the next few bowling sessions and during the next Test match,” the writ said.

“Ultimately, the injury resulted in the plaintiff missing the final Test match of the tour and him being listed by the Australian Cricketers Association and Cricket Australia as injured by reason of tibial bone stress. The injury that the plaintiff suffered was a grade three tibial injury which involved a fracture in his right tibial bone.”

Starc, the report said, was put through a full medical by the insurers in which a number of exclusions were included in the contract for old injuries.

Starc, who is still recuperating from injury and is in a race against time to regain full fitness ahead of the World Cup, got off well in the South Africa tour taking nine wickets in the first Test before struggling with injuries.

“The parties have exchanged correspondence about the plaintiff’s claim which culminated in a final response from the defendant’s representative in the form of an email sent on November 22, 2018,” the writ said.

“That email confirmed the defendant’s contention that the plaintiff is not entitled to the total disablement benefit.”

South Africa on Monday named six uncapped players in a 17-man squad for the first two Tests against England, starting at Centurion on Dec. 26. Five players who played in a recent 3-0 series defeat in India were dropped, while fast bowler Lungi Ngidi was not considered because of a hamstring injury. The squad will […]

The BCCI has issued an ‘alert notice’ for an alleged “imposter” who has been posing as an official BCCI representative for striking marketing and branding deal at various venues. In an unsigned press release, the Board said the said person is “neither an employee nor connected in official capacity” with BCCI and has asked the […]

Chepauk I, J and K stands | Clearance for gym demolition by Monday

We have now reached the end-game of almost a decade-long lockjam over the I, J, and K stands at the M.A. Chidambaram Stadium. The three stands of the iconic stadium at Chepauk were last opened in December 2012, when India played Pakistan in an ODI series. The issue in contention is the creation of eight […]