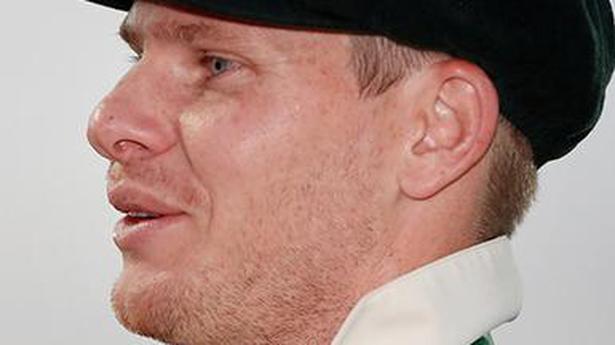 Star batsman Steve Smith will take the field for the first time at home in an Australian jersey since the end of his one year ban when Australia faces Sri Lanka in the three-match T20I series starting on Sunday.

It will also be the first time in three years that Smith will be playing a T20 international for Australia.

“It should be good, I can’t wait to play. It’s a great honour to be back playing here in Australia, I’m excited,” Smith was quoted as saying by the International Cricket Council (ICC) website.

Smith is widely considered the best batsman in the world in Test cricket and he justified the tag by smashing a whopping 774 runs in the Ashes in August-September.

Smith, however, said that there could be more continuity in the team with the T20 World Cup approaching.

“I’m sure with the World Cup in a year’s time, there’s an opportunity to have that continuity. I think we’ve seen over the years that the T20 format is one where guys are rested a lot. That will probably change leading to the World Cup.

“I think it’s a great opportunity for 14 guys who have been picked here to have that continuity and try to perform together and work towards hopefully being part of a World Cup.

New Zealand opener Martin Guptill on Friday said his team will look to pump up the aggression against Indian spinners during the second ODI in Auckland on Saturday in pursuit of an early series win against the fancied visitors. The Black Caps chased down their highest-ever total in ODI cricket at Seddon Park on way […]

The outcome of the hearing around Rahul Dravid’s Conflict of Interest issue will be known in a few days. The Committee of Administrators (CoA) has been doing its best to bail out the former India captain and Head of the National Cricket Academy (NCA) Dravid from the predicament that he is in. Dravid, along with […]