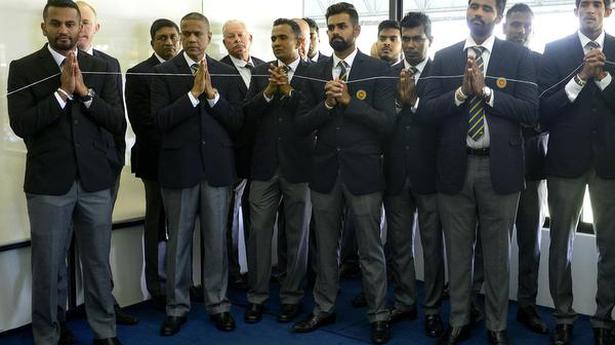 Favourite? Certainly not. Contender? Not at all. Dark horse? Umm… Not really. Minnow? What?!

The team doesn’t fit into any of these categories for the quadrennial cricket gala, so how then would you describe Sri Lanka’s position ahead of the World Cup’s 12th edition. The islanders can only be thought of as ‘no-hopers’.

The kind of build-up Sri Lanka has had to the tournament would make even the staunchest of the Lankan supporters not expect anything but a couple of wickets at best in the prestigious tournament. The turbulent times in Lankan cricket on and off the field have reflected in the team’s performance.

Ever since the 2015 World Cup, Sri Lanka has managed to win only 24 of its 85 ODIs. The win percentage of 28.24 — the lowest among cricket majors during the last four years — drops further down if you combine the team’s outings against the nine other participating in the World Cup. A forgettable 16 wins from 72 games — a win percentage of 22.22 — is far from being satisfactory while entering a World Cup.

For a team that emerged as one of the strongest teams in white-ball cricket for almost a decade prior to the 2015 World Cup, the downfall in the last four years has been as astonishing as the Sigiriya stone fortress, one of the several tourist attractions in the country.

So what exactly has led to a sharp descent in the fortunes of a team that made it to five of the seven World (ODIs and T20s) events between 2007 and 2014?

Inconsistency. That’s been the hallmark of Sri Lankan cricket for the last few years, both on and off the field. So insecure have been cricketers about their place in the side that the Lankan ODI selection has been ridiculous, to say the least.

Since April 2015, Sri Lanka has tried out 57 players in ODIs, 28 of whom debutants. There have been seven ODI captains in this period. The last of the captaincy changes was made weeks before the World Cup, when Dimuth Karunaratne — the Test captain who had lost his place in ODIs after the 2015 World Cup — was given the charge.

And then, three of Sri Lanka’s top-five run-getters in the World Cup — Upul Tharanga, Niroshan Dickwella and Dinesh Chandimal — didn’t make it to the squad.

If Sri Lanka has to clinch the World Cup against all odds, Karunaratne will, no doubt, have to lead from the front. But he, along with coach Chandika Hathurasingha, will have to be consistent with team selection to bring out the best in a largely experienced outfit.

The squad does appear to have the wherewithal on all fronts — solid opener (Karunaratne), experienced middle-order (Angelo Mathews, Lahiru Thirimanne, Dhananjaya de Silva), an explosive lower-order (the Pereras — Kusal and Thisara) and a proven pace unit (Lasith Malinga and Suranga Lakmal).

The Sri Lankan cricketers couldn’t have asked for a better motivation, than the recent terror strikes all over the country, to give their best as a unit and bring some cheer to a nation that’s still mourning the loss of hundreds of innocent lives.

If it can succeed in making the Lankan fans forget the grief for a while, by the end of the World Cup, the resurgence of Lankan cricket would have certainly begun.

He stood firm when his son broke down and Peter Smith says he is finally letting emotions get the better of him now that Steve Smith’s remarkable resurrection from a one-year ball-tampering ban seems complete with an Ashes hundred. Smith’s grinding knock of 144 off 219 balls pulled Australia out of trouble to a respectable […]

Handed a reality check in their last league fixture, defending champions Chennai Super Kings would bank on home advantage to seal their place in the IPL final when they take on a confident Mumbai Indians in the Qualifier 1 of the IPL here on Tuesday. After the gruelling league phase of the ongoing IPL, the […]