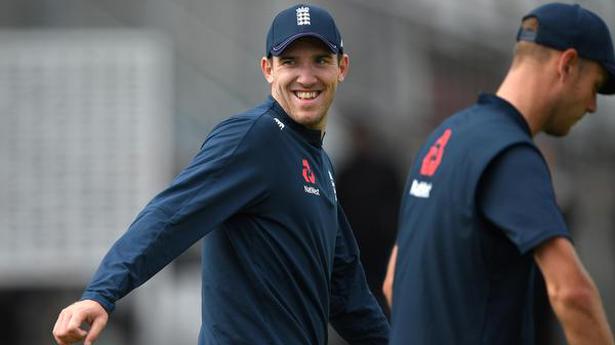 England will make one change from the team which beat Australia at Headingley, with Craig Overton replacing Chris Woakes in the seam attack for the fourth Test at Old Trafford starting on Wednesday.

“At this ground, I think it does perform slightly differently, that extra bit of bounce, a taller bowler is a slightly different option to go to and I feel like that balances out our attack really well in these conditions,” Root told reporters.

Overton made his Test debut in the Ashes series in 2017 at Adelaide and bowled Australia’s Steve Smith as well as removing current skipper Tim Paine.

Root believes that debut showed that he has the right approach for test cricket.

“He is a competitor, you saw him come into Ashes cricket on debut and straight away he looked very much at home. He got himself into a battle and I expect him to do that this week,” he said.

“He has got good control, good skills, moves the ball off the straight and I expect him to cause some issues for the Aussie batsmen,” he said.

The other adjustment England will make is in their batting order, with Joe Denly set to move up to open the batting and Jason Roy moving down to number four.

Roy has averaged 8.85 in his four Tests as opener and while Denly hasn’t thrived in that role in county cricket, Root hopes he can add solidity at the top alongside Rory Burns.

Australia have dropped top-order batsman Usman Khawaja and recalled Steve Smith, who is fit again after suffering concussion in the second test.

Smith has edged past Indian captain Virat Kohli to become the best Test batsman in the world, based on the International Cricket Council’s (ICC) rankings, taking top spot for the first time since 2015.

The series is tied at 1-1 after England claimed a tense one-wicket win at Headingley courtesy of a brilliant unbeaten century by Stokes on the final day.

Alvin Kallicharran was not just about sparkling footwork, immaculate balance, wonderful timing and loads of courage. Behind his cricketing achievements is a tale of struggle and sacrifice. He has overcome odds, broken through barriers. From a childhood of poverty and hunger in Guyana — he had 11 siblings and as many as 20 people slept […]