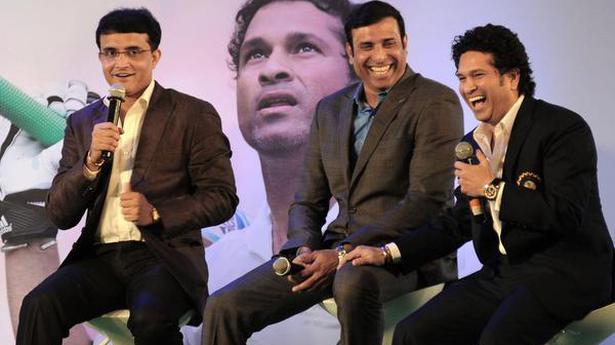 Some years ago, ‘Richie Benaud’ tweeted “Indians just don’t get conflict of interest”. The account was fake, but the sentiment was sound, as evidenced by the uproar it provoked in cyberspace.

The Board of Control for Cricket in India is working with somewhat greater urgency than the Parliament to eliminate — or at least acknowledge — conflict of interest. In 2012, the Prevention and Management of Conflict of Interest was introduced in the Rajya Sabha but failed to pass muster.

Not so long ago, the President of the BCCI owned an IPL team, his son-in-law was an important official in it while the chief national selector was a brand ambassador of the same team. Wearing two or more hats was not only seen as an individual’s due, it was accepted as a perk of his stature in the game.

Then came Justice Mukul Mudgal and his clear delineation of “conflict of interest”, and Justice Lodha who ruled on how it ought to be handled. BCCI’s Rule 38 (4) lists 16 posts of which no two may be held simultaneously. Yet, many stars who became officials at State or national level still kept their IPL jobs.

The BCCI got around the issue by contracting its stars for nine or ten months of the year, leaving them a window to act as coaches, mentors or advisors to IPL teams at impressive salaries. It was the cricket board’s idea of a win-win situation. Then a member of the Committee of Administrators spoilt the party by endorsing what many had been saying about the ethical weakness of this cozy arrangement. There was a conflict of interest, and the stars had to make a choice.

The argument is not that the individual is corrupt — in fact, many in these positions have a reputation for personal integrity — but that it could lead to corruption. Caesar’s wife and cricket stars must be seen to be above suspicion. Also, the rule (or lack of it) in lesser hands might encourage exploitation.

That is one side of the debate.

On the other is the notion that the number of international players is limited and cricket is a means of livelihood. Mayank Agarwal, India’s latest Test player is only the 295th to have represented the country in 87 years. Cricket pays the bills for many even after their playing days, as they turn coaches, commentators, technical advisors, expert columnists, administrators and thus remain attached to the game. To deny up and coming players their experience and expertise would be unfair. The argument, therefore, is that a job in one of these spheres should not make them ineligible for a post in the national or State bodies.

As things stand, what it boils down to is the old choice between money and influence. Would a player rather make a buck by running an academy, for instance, or put in the hard yards and get himself elected or nominated to a cricketing body where, by virtue of his stature, he will have a voice. Influence does translate into money as businessmen who have been BCCI office-bearers have always known.

The question that needs to be answered, as Sachin Tendulkar, Sourav Ganguly and V.V.S. Laxman of the Cricket Advisory Committee face conflict of interest issues is this: Is there a balancing point? Can the BCCI work out a compromise where a former player’s expertise is at its disposal while ensuring that conflict of interest, though technically present, does no harm?

Tendulkar has argued that the CAC does not get paid. True, but it does get allowances. Recent events have shown that the body has little to do and little influence. But the individuals have a voice, and will continue to have a voice whether they hold office or not.

In some cases, players can recuse themselves from discussions, especially on selection issues. When a player runs an academy and his wards come up for selection, the issue is clear. But there are grey areas in the rule that will turn black or white depending on circumstances and the ombudsman’s rulings. Perhaps the ombudsman can come into the picture before an issue is finalised — giving his ruling on potential conflicts of interest. It will save embarrassment later. The balancing act might be tricky, but it is possible.

In most cases, however, conflict of interest is clear-cut. Rather like pornography, it might be difficult to define precisely, but everybody knows it when he sees it.

The next couple of months are going to be exciting for Jonty Rhodes. After a long hiatus, the former South Africa cricketer will be returning to the IPL as Kings XI Punjab’s fielding coach and he is looking forward to working with head coach Anil Kumble. Having played in the same era, Rhodes admires Kumble’s […]

Chris Cowdrey had his own way of being less demonstrative while conducting the VIVO ProKabaddi League Auction 2019 at a South Mumbai five star hotel on Monday. Picking a card from a bag held by his wife, the former cricketer-turned-auctioneer, Chris was business-like, saying: “Anybody wants to kick me of… I am asking for ten […]

Bhuvneshwar Kumar — breaking the stereotype to tread his own path

Chaos is a part of life in Meerut. There is an inherent machismo, bravado and in-your-face assertiveness. Yet, there are times when the chaos produces an icon who breaks stereotypes and stands out. Discipline has been a recurring motif in the professional growth of Bhuvneshwar Kumar. The lanky seamer, one of India’s biggest hopes going […]