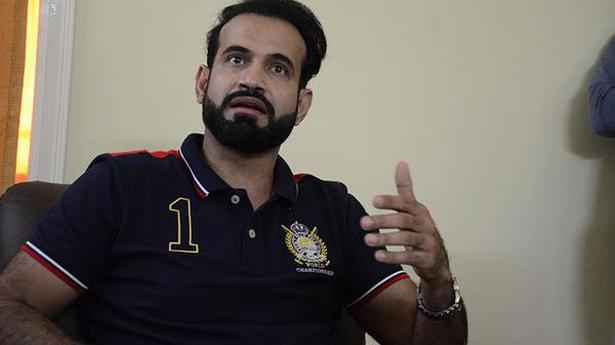 Jammu and Kashmir cricketers, who could not train for the upcoming domestic season due to the communication clampdown in the region, have finally managed to get together and will begin their training in Baroda from Thursday.

The Jammu and Kashmir Cricket Association (JKCA) had last week put out advertisements on local TV channels to get in touch with their players from the valley who have been incommunicado.

Communication in Kashmir valley has been restricted by the government after the abrogation of the provisions of Article 370, which gave the State special status.

Player-cum-mentor Irfan Pathan said the the team will be training at Moti Bagh Ground, owned by the Gaekwads, the royal family of Baroda.

“All the players have got together in Jammu and we will be reaching Baroda day after. The plan of putting out TV advertisements has definitely worked. All the Kashmir-based players saw the ad and came to the JKCA office in Jammu,” Pathan told PTI.

The team is racing against time to get ready for the Vijay Hazare Trophy beginning September 24.

“It is a big challenge but we need to make the best of the time we have. We have to play as many practice games as possible and have team bonding activities. There is no time to work on the players’ fitness,” added Pathan, who played 29 Tests and 120 ODIs.

With the JKCA unable to contact its players including big names such as Parveez Rasool, Pathan, JKCA CEO Ashiq Ali Bukhari and administrator CK Prasad finally met in Delhi last week to come up with a solution.

IPL 2019 | RCB vs MI: Royal Challengers Bangalore’s batting will look to reinvent itself

It was better, Virat Kohli said after Royal Challengers Bangalore’s embarrassing seven-wicket defeat in Chennai, to have got a game like that “out of the way early on”. It was not possible, Kohli seemed to be suggesting, for all of his batsmen to fail at the same time again. Some may consider such optimism excessive […]

Cricket in 2019: India cuts a dashing figure on the world Test stage, thanks to Virat Kohli

Virat Kohli’s figure looms large in the Indian dressing room. His consistency and exacting fitness regime kept the team war-ready through the year. Team to beat India, as asserted by coach Ravi Shastri, played some “fantastic” cricket to justify its new-found reputation as the combination to “beat.” India’s performance in Tests — seven wins in […]

India opener K.L. Rahul was on Thursday named captain of Kings XI Punjab for the 2020 edition of the Indian Premier League. “We are happy to appoint Rahul as our captain for the upcoming season. He has been through a lot in the last year or so and has now come back strongly,” said KXIP […]