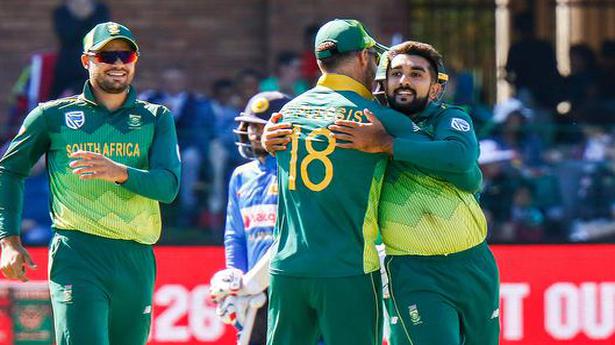 Sri Lanka, trailing 3-0 in the five-match series, faced humiliation when Udana walked in with his team reeling at 97 for seven after being sent in on what looked a good batting pitch.

But Udana, who has hit two centuries in first-class cricket, struck the ball cleanly in a 57-ball innings which included seven fours and four sixes.

Udana was particularly severe on fast bowler Anrich Nortje, one of the main destroyers in the early part of the innings.

Nortje took three for 19 in six overs in his first spell but the first three balls of his second spell were all hit for six by Udana, who plundered 37 runs off Nortje’s last two overs. The last wicket yielded 58 runs, 55 of them to Udana.

‘Match practice is very important for me’

He has been representing India in international cricket for almost a decade. Still, barring the two-year stretch between 2015 and 2017 when he revelled in home conditions, Umesh Yadav has remained in and out of India’s Test team. But the burly pacer made his first outing in 10 months in India’s whites count. The Vidarbha […]

Batsman Rahmat Shah on Thursday became the first Afghanistan cricketer to score a Test century, helping the minnows start strongly against Bangladesh on the opening day of the one-off match. Shah made 102 and put on a crucial 120-run fourth-wicket stand with Asghar Afghan, batting on 88, to counter the Bangladesh spin attack at the […]

Graeme Smith set to be CSA director of cricket

Former South Africa skipper Graeme Smith is all set to become Cricket South Africa’s (CSA) director of cricket, according to CSA president Chris Nenzani. Smith will have just a couple of weeks to put a selection panel and coaching staff in place before the first of a four-Test series against England gets underway in Centurion […]