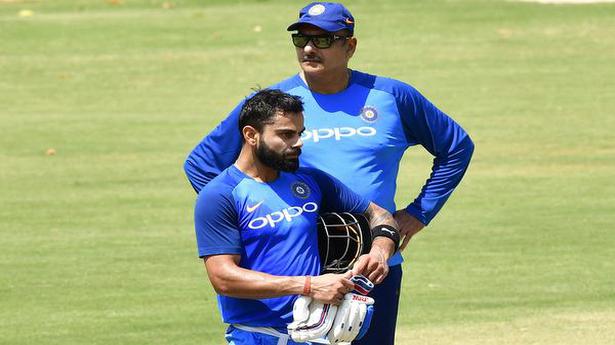 Lions at home, lambs abroad. That was the tagline given to the Indians when Virat Kohli took over the reins in Tests following M.S. Dhoni’s sudden retirement in Australia at the fag end of 2014.

Five years down the line, Kohli’s cavaliers have not only bolstered their reputation of being invincible at home — as was evident during the brutal assault on South Africa during the second Test here — but have also been much more competitive on away tours — if not successful — than their predecessors.

With the captain-coach combo of Kohli and Ravi Shastri at the helm for a majority of the last five years, the duo has been able to unite the group to cement India’s reputation as the No. 1 Test side.

After decimating South Africa by an innings and 137 runs to seal the series with more than a day to spare, Kohli revealed the key to the team’s success.

“The good thing is when we started out as a group, we were at No. 7 (in Test ranking), and the only way was up. We laid down a few things saying that if you want to take Indian cricket forward, these are the things expected of each one of us.

“Work hard every day at practice, don’t come here and waste your time, contribute even at practice sessions, have a purposeful practice session and slowly those things will reflect in the results,” Kohli said at the post-match presser.

“We are all lucky to have the group of players that we have, to be honest. In the last three-four years, the bunch of guys have been amazing, those 20 players have been playing in and out, and it’s just amazing to see that hunger and passion to keep improving.”

No doubt the constant chopping and changing the combination — India hasn’t retained the same XI in a majority of Kohli’s 50 Tests as captain so far — hasn’t resulted in every individual responding positively.

The kind of insecurity that has arisen out of this policy has seen certain individuals losing their place.

A few others, especially specialist batsmen, were forced to change their techniques and approach in quest of “intent” expected of them.

But those with grit, gumption and obviously primary skill-sets have managed to leave the setbacks and emerge as true champions. R. Ashwin, Ravindra Jadeja and Umesh Yadav have all been dropped from the team at some point over the last two years.

But the trio ensured Kohli’s sterling double hundred was backed by handy contributions to ensure India sealed its 11th straight series at home in style.

With the bowlers dismissing South Africa twice in two days, India has got an additional day’s break.

It has resulted in virtually all the squad members — barring a couple of Test specialists — going back home for three nights before reassembling in Ranchi on Thursday.

Despite the series being sealed, with 40 points in the World Test Championship up for grabs, India will be waiting to pounce on the Proteas as they have done over the last fortnight.

Marquee cricketers and the obsessive fandom that follows them

As Mahendra Singh Dhoni was taking Chennai Super Kings within a whisker of beating Royal Challengers Bangalore, making light of the 26 needed in the last over, many RCB supporters too cheered him on. Perhaps the group I was watching the game with was not representative, being closer to 50 than 20 (the latter in […]

Ind vs WI 2nd T20I: Kohli and India will be looking for an encore

There is still a quietude about the Kerala capital that is charming and old-worldly. Sunday evening, though, would be anything but quiet. Neither would there be anything old-worldly about the cricket on display at the Greenfield Stadium, where India takes on the West Indies in the second T20I. Still on top The host had begun […]

Jonny Bairstow made the most of the absence of a few specialists with a blistering early assault to set England on the way to a four-wicket victory over the West Indies in the first T20 International of a three-match series at the Darren Sammy Stadium here on Tuesday. Replying to the home team’s total of […]