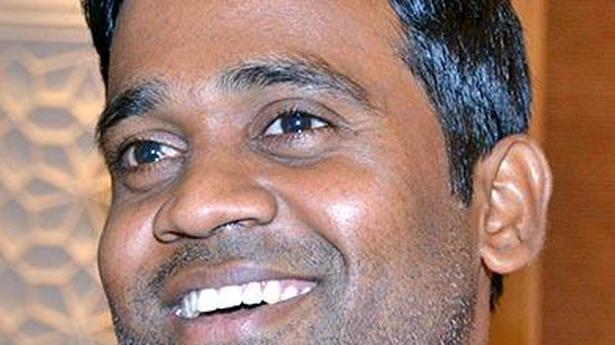 Visakhapatnam-based cricketer Y. Venugopala Rao, who played for the India national side and was the captain of the Andhra Pradesh Ranji team, announced his retirement from all forms of cricket on Tuesday.

Andhra Cricket Association (ACA) said in a release that the 37-year-old cricketer represented India in 16 One-Day International (ODI) matches and played 65 Indian Premier League matches and represented ACA in all junior tournaments of the BCCI and led the South Zone in BCCI tournaments.

“His consistent performance in domestic cricket in BCCI’s Deodhar Trophy, Challenger Trophy and Vijay Hazare Trophy paved the way for him to get into the India squad, and he made his debut against Sri Lanka in the first ODI on 30th July 2005,” the press release stated.

Mr. Venugopala Rao was a right-handed middle-order batsman and a right-arm off-break bowler. He was India’s first ‘Super-Sub’ player.

Batsman Rahmat Shah on Thursday became the first Afghanistan cricketer to score a Test century, helping the minnows start strongly against Bangladesh on the opening day of the one-off match. Shah made 102 and put on a crucial 120-run fourth-wicket stand with Asghar Afghan, batting on 88, to counter the Bangladesh spin attack at the […]

The afternoon began with news coming out of the Rajasthan Royals camp that Jos Buttler, the team’s standout performer was going back home and Steve Smith had replaced Ajinkya Rahane as captain. Everyone must have thought that a struggling team would have trouble coping with such developments, especially against a red-hot team as Mumbai Indians. […]

Her bat-swing is the prominent feature of Shafali Verma’s presence at the crease. Off the field, it is her attitude towards cricket. When she combines them it becomes a lethal weapon. The bowlers suffer as this little dynamite wades into the attack, scattering the ball with a robust touch, peppering the stands with sixes. In […]