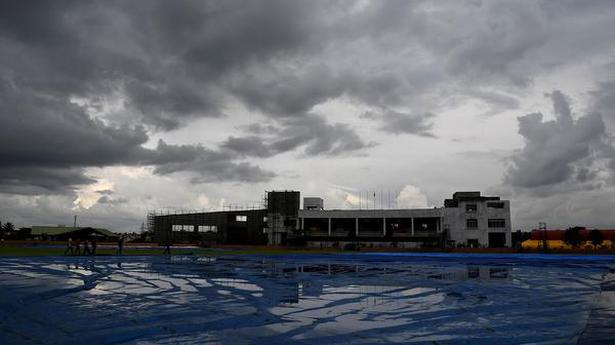 After being knocked out in the quarterfinals of the Vijay Hazare Trophy by Tamil Nadu under cruel circumstances, the Punjab team didn’t emerge from its dressing room for a good hour. It was not known what was said, but it surely couldn’t have been a happy room.

When skipper Mandeep Singh did make his way out to address the media, he expressed his disappointment in no uncertain terms.

His side was undone by an “illogical rule”, which counted the number of group stage wins to decide the qualifier in the event of a wash-out.

The two sides hadn’t even played the same number of matches. Even if Punjab had won all eight of its group games, it would have still been booted out as Tamil Nadu had secured nine wins from as many outings.

Punjab’s second grouse was that it had secured a spot in the elite Group B on the basis of its fine performance in the previous edition but was now being punished for it.

The opponent, Tamil Nadu, sitting in the lower Group C based on lesser past performance, was rewarded instead.

As Mandeep explained, if the Karnataka-Pondicherry quarterfinal outing a day earlier had been washed out, it would have been Pondicherry, Plate topper (lowest group), that would have progressed at the expense of mighty Karnataka (on better NRR as both teams had seven wins each). He didn’t have to explain that this would have been a travesty.

Curiously, none of the knockout games have reserve days.

Mandeep emphasised that reserve days were a must, a call that was backed by scathing posts on Twitter by his Punjab teammates and India stalwarts Yuvraj Singh and Harbahajan Singh.

Meanwhile, Mumbai, which lost out to Chhattisgarh in the other quarterfinal, wasn’t done in by such dodgy rules, but may have a legitimate complaint about the scheduling.

Of its eight matches, it had to play seven at Alur and Just Cricket Ground, both situated in areas prone to flooding. And, Mumbai duly saw two of its matches washed out, thus denying it the opportunity to notch up more wins, the criterion on which Chhattisgarh went through.

On the other hand, host Karnataka played five of its eight matches at the M. Chinnaswamy Stadium, which has the best drainage facility in the whole country.

Even if a case is made for a big team to play the bulk of its matches at the main venue, defending champion Mumbai is no less a domestic heavyweight than Karnataka.

Apart from Karnataka only Kerala got to play more than one match at the Chinnaswamy.

In fact, when the fixtures were initially announced, Mumbai was scheduled to play two games there. After the opening two rounds in Bengaluru were washed out, the Mumbai Cricket Association even requested the BCCI to allot matches at Chinnaswamy more equitably.

When the revised fixtures came out, Mumbai saw the match count reduced to one.

When contacted on Monday, BCCI General Manager Saba Karim said players’ feedback would be welcome. The BCCI will now have a lot to chew on.

Pakistan face Australia in the opening Test in Brisbane

Pakistan head into the opening Test in Brisbane on Thursday seeking a rare win on Australian soil, and could unleash a 16-year-old debutant in a teenage pace attack against seasoned stars Steve Smith and David Warner. Pakistan has drawn a series in Australia, but has never won one, and last tasted a Test victory at […]

Karnataka knocked over Mumbai for its worst Twenty20 score in a Group B Super League match of the Syed Mushtaq Ali Trophy here on Friday. Karnataka’s fast bowlers proved to be too strong for Mumbai’s batsmen. Except for V. Koushik, the success story in the preliminary phase, the other three found victims in their opening […]

Sunrisers delights the faithful with an emphatic win

David Warner’s pre-match wish to see his fans go back home with a smile in his last match this season was fulfilled as his continued brilliance with the bat and a disciplined bowling effort helped Sunrisers Hyderabad score an impressive, 45-run win over Kings XI Punjab, and stay in the hunt for a slot in […]