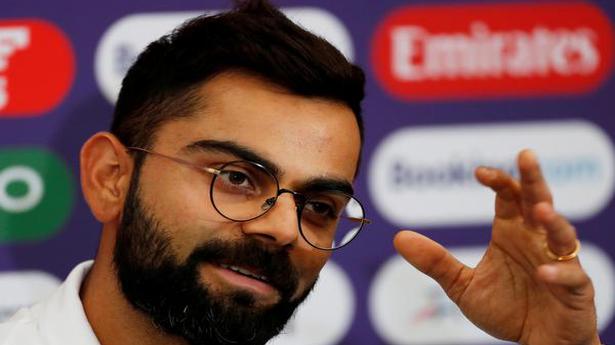 However, the Indian captain has dropped 17 spots to 100th in the rankings.

The list is headed by Barcelona and Argentina football superstar Lionel Messi.

According to the Forbes list announced on Tuesday, Kohli’s estimated earnings are $21 million from endorsements and $4 million from salary and winnings, taking his total tally to $25 million for the last 12 months.

Ranked 83rd last year, Kohli has climbed down to the 100th and last spot despite an increase of $1 million in endorsements.

Messi is now ahead of long-time rival Cristiano Ronaldo, the Juventus and Portugal star who is second with earnings of $109 million.

Mumbai Indians gearing up for the big game

Mumbai Indians players, who had a full-length training session at the Rajiv Gandhi Stadium on Friday, will bank on the ‘feel good’ factor from the last time they played in an IPL final here in 2017 when they defeated Steve Smith-led Rising Pune Supergiant (which also had M.S. Dhoni) by a thrilling, one-run margin. For […]

India B keeps its slate clean

India B, with yet another spirited display, had the measure of India A in the Under-19 quadrangular one-day series at the St. Xavier’s stadium, Thumba, on Saturday. With the two teams already having qualified for the final on Monday, the match might have held only academic interest. But that did not stop the B side […]