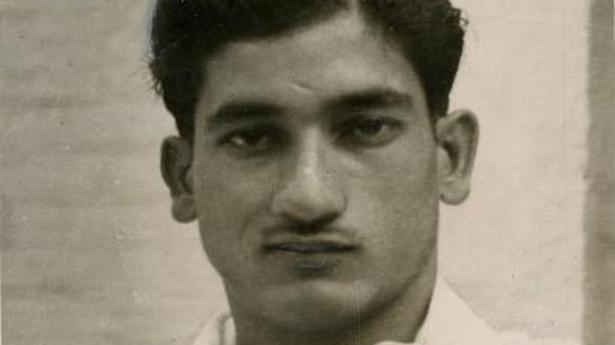 Waqar Hasan (87), the last surviving member of Pakistan’s first Test side that toured India in 1952, died here on Monday. Waqar featured in the Pakistan team that played its first-ever Test series in India in 1952 and also on the England and West Indies tours of 1954 and 55/56.

He played in the Tests that Pakistan won on these tours before retiring in 1959 after a 21-match career that fetched him 1,071 runs. He also served as chief selector and manager in the Pakistan Cricket Board.

He took flight again in the field of dreams that Chepauk surely is for him. Age is only a number. The connection between Harbhajan Singh and the M.A. Chidambaram Stadium goes back a long way. The sight of the ground inspires him even as he derails opponents at this venue. Harbhajan is a smooth operator. […]

The teams batting first had come up trumps here so far this season, but VB Kanchi Veerans altered the script with a convincing seven-wicket win over defending champion Siechem Madurai Panthers in the Sankar Cement-TNPL at the ICL grounds on Sunday. After Veerans’ pacer R. Silambarasan’s impressive spell of five for 17 had restricted Panthers […]

Sri Lanka’s cricket team will leave for Zimbabwe on Thursday to play a two-match Test series — the first since the African host nation’s suspension was lifted by the ICC. Both Tests will be held in Harare, the first from Sunday and the second starting on January 27th, Sri Lanka Cricket said on Monday. However, […]