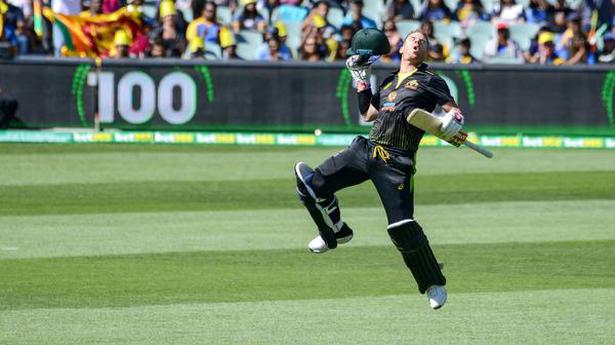 Australian big-hitter David Warner says he is likely to quit T20 cricket in the next “few years” to prolong his Test and ODI career and spend more time with his young family, which includes three children.

The 33-year-old won Cricket Australia’s Allan Border Medal for Player-of-the-Year on Monday, completing an emotional turnaround after the ignominy of being suspended for ball tampering in 2018. He broke down after receiving the award, which was his third overall.

He was also named the T20 Player-of-the-Year.

“I think you look at Twenty20 Internationals, we’ve got back-to-back World Cups as well,” Warner was quoted as saying by the Australian Associated Press.

“That’s probably a format that could be one I drop in a few years. It’s going to be very difficult to play all three forms – and good luck to all the guys that want to keep playing – it’s challenging,” he explained.

Warner averages over 40 in both the Test and ODI formats and has a strike rate of over 140 in T20s. The two T20 World Cups are to be held in Australia (this year) and India (next year).

Warner said former India opener Virender Sehwag is among the retired lot that he has spoken with, to understand the fatigue of playing all three formats.

“I speak to guys like A.B. de Villiers, Virender Sehwag, guys who have done that for a long time, it does become challenging. Having three young kids and my wife at home all the time, the constant travelling becomes very difficult,” he said.

The temperamental batsman has endured a tough two years following the ball-tampering scandal but has shown tremendous grit. In November, he smashed his highest Test score with an unbeaten 335.

“I batted a lot of time in the nets. Three or four days leading into the Brisbane Test, I almost batted for three hours every day,” Warner said.

Sachin Tendulkar, who was the first to recommend it, on Wednesday welcomed the International Cricket Council (ICC)’s decision to stop boundary count as a way of deciding knockout games in its global tournaments like the World Cup. The ICC on Monday changed the Super Over rule for all its major tournaments following the uproar over […]

1st T20 International between India and SA abandoned due to rain

The first T20 international between India and South Africa was abandoned on Sunday, without a ball being bowled due to heavy downpour that left a near capacity crowd disappointed. While there was prediction of a sharp drizzle in the afternoon, the weather forecast was all clear for the evening but heavens opened up multiple times, […]

Kings XI Punjab and R. Ashwin have ‘amicably agreed’ to part ways ahead of next year’s IPL. Last month, the Kings XI co-owner had said Ashwin was an integral part of the franchise and there was “no question” of letting him go. However, Wadia confirmed that negotiations over Ashwin’s trade-off have resumed. Source: thehindu.com Related