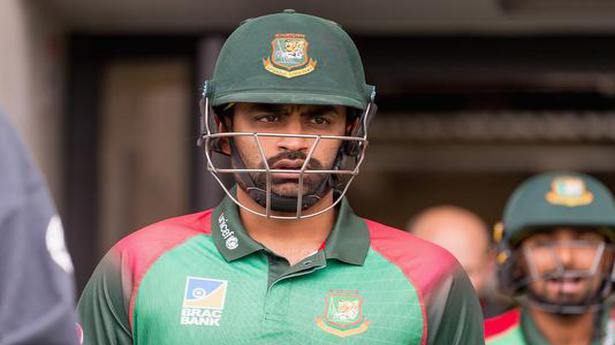 The Bangladesh cricket team is still reeling from the shock of a narrow escape in Christchurch where gunmen opened fire, killing 49 people in Masjid Al Noor on Friday afternoon.

Hours later, Tamim Iqbal was lost for words. The Bangladesh batsman, who had visited the mosque with his teammates, could not believe he had just witnessed a terror attack from such close quarters. “I don’t know what to say. We are all in deep shock. But now, everybody is in the hotel and all of us are safe,” Tamim told Sportstar.

The team bus was barely metres away from the scene of the incident. “There were 18 of us and it was a terrifying experience because none of us have seen something like this before. We did not know what was going around and also how to get out of the scene,” the team’s performance analyst, Shrinivas Chandrasekaran, said.

“For a moment, the mind did freeze. You did not know how to react and what’s to be done. We could see people running out and saying that there is firing going on,” Shrinivas, a Mumbai-based software engineer, added.

“We were stuck for nearly ten minutes when the shooting was happening inside. We could not move the vehicle because that would take the bus closer to the mosque and chances were high that we could be in trouble. The target was just 10 metres away,” Shrinivas, who works with the Sunrisers Hyderabad franchise in the Indian Premier League, added.

The players used “the bus and the other parked vehicles as our cover and then slowly walked towards the entrance.”

“It was a huge risk but there is nothing else we could have done. We had to save ourselves,” Shrinivas recalled.

It was raining in Christchurch since morning and the team had an optional practice session. “Thankfully, the pre-match media conference was delayed by five minutes and that actually saved us. The training session was anyway cancelled and we were trying to return to the hotel, but then, all this happened. After that, we went back to the ground,” Shrinivas added.

The team had another Indian coaching staff in Sunil Joshi who admitted the players are in deep shock and were not in a position to talk.

With the tour called off, the team will fly out on Saturday morning.

Former India fast bowler Atul Wassan was on Wednesday appointed as the chairman of the senior selection committee of the DDCA for the 2019-20 season. The other two members on the Delhi and District Cricket Association (DDCA) panel are Anil Bharadwaj and Vineet Jain. The DDCA also formed a three-member junior selection committee which will […]