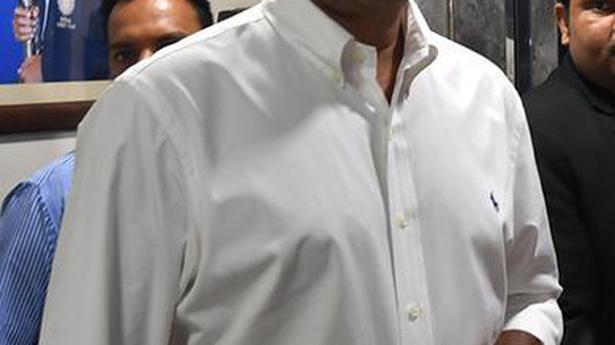 The first meeting of Indian Cricketers Association (ICA) will take place at the Cricket Centre here on Wednesday.

Gaekwad was the choice of India’s retired international and domestic cricketers for the position of the male representative in the BCCI Apex Council.

“The ICA will be the bridge between the BCCI administrators, cricketers and cricket” said Gaekwad while talking to The Hindu on Tuesday. Excerpts:

The ICA has become a reality after the Supreme Court accepted the Justice Lodha Reforms in cricket. One third of the BCCI Apex Council will be cricketers: Sourav Ganguly, Shanta Rangaswamy and you…

It’s a good thing. Absolutely. There will be a lot more thinking from the cricketers’ side. It was all about administration so far, now there will be balance between the two, administration and cricket. The BCCI needs to address issues; and with Sourav being there and Shanta and myself, we will understand things better, more practically.

Sourav has already talked about looking at the match fee of domestic players. The senior tournament fee per day is around ₹35,000…

It’s not that we want to make them millionaires. We would like to secure their future. Probably they get enough when they are playing. Everybody cannot play for India. Junior and First Class cricket is equally important, players have sacrificed a lot.

They have been part of the system, they, players of my time and before, have contributed to the development of the game in India. They have to be looked after in some way or the other.

To what extent, that needs to be discussed. The bottom line is they have to be made comfortable in the context of medical assistance, pension, match fee etc. I don’t think it will be much of a burden on the BCCI. A percentage of money needs to be set aside.

Cricketers have been talking about receiving contracts from their respective States…

Firstly the States have to give accounts of the money they receive from the BCCI. Where is that money being spent… for development of cricket, cricketers, etc. The moment that accountability comes, all these things about contracts for players will start, and other facilities. Accountability will reveal if the money from the BCCI is used the way it should be and for the purpose. That should be found out.

Will the BCCI fund the activities of the ICA?

The ICA will have to find ways to augment its fund. It cannot rely only on the BCCI. This way the ICA can function effectively and successfully.

What about the conflict of interest issues?

I agree with Sourav totally. Cricketers know only one thing and that’s cricket. They can coach and consult. That’s their living. Yes, conflict of interest, I don’t see everything as bad. But one cannot stop his son playing or coaching because he is in the BCCI. In one shot you are taking away the employment of families.

Experience of bowling with duke balls in England helped me in West Indies, says Bumrah

India pace spearhead Jasprit Bumrah said experience of bowling with duke balls in English conditions has helped him to succeed in the ongoing Test tour of the West Indies. Bumrah, who has been in sensational form, claimed a five-wicket haul (5/7) in the first Test in Antigua. He followed it up by becoming only the […]

Bangladesh will hope no one ruffles Rohit’s feathers

Rohit Sharma seemed to have no quiet moments in Rajkot. During the Bangladesh innings, when India was again sloppy in the field, he cut an animated figure out in the middle, his irritation plain for all to see. Later, he appeared to take all that annoyance out on Bangladesh, his brutal, unfiltered aggression with the […]