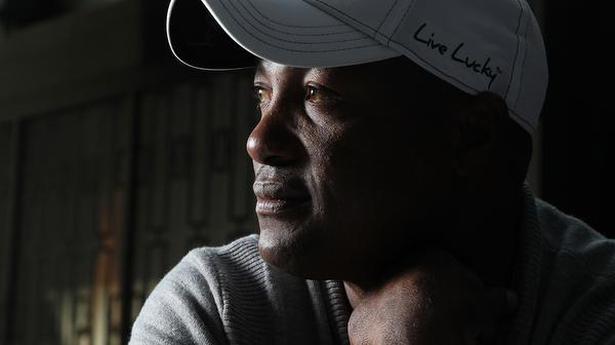 Brian Lara is best remembered for the numbers he stacked up. Knocks of 375 and 400 not out came 10 years apart and saw him set, and regain, the world record for the highest Test score. He remains the only batsman to score 500 runs in a First Class innings. But here comes a contradiction. Lara never looked at numbers. The evidence lies in the fact that he retired from international cricket when just 47 short of 12,000 Test runs and after having played 299 One-Day Internationals! In this interview, the legendary left-hander, now 50, reflects on various aspects of cricket, past and present. Excerpts:

First of all, Brian, how did you manage to bat on and on?

Well, I think that I pretty much grew up grow up wanting to represent the West Indies. I remember when I scored my first hundred in Australia, there was a rain-break and I came off the field. And my coach at the time was Rohan Kanhai and he said to me, “Set your score.” And I asked, “What do you mean by that?” And he said, “Your next inning starts at zero.” So what he meant was, he wanted me to make full use of the opportunity, when I was out there, while I was in form, the bowling team was tired. So, I fell in love with playing the big innings. I fell in love with scoring a lot of runs. I never felt 50 or 100 were enough. I wanted to bat, as they say in the West Indies, till the cows come home!

While on the subject of scoring lots of runs, anything you recall about the unbeaten knock of 501?

Well, that was 25 years ago, in 1994. I remember [playing for Warwickshire against Durham at Birmingham], when I was on 18, I was dropped. The guy who dropped me was wicketkeeper Chris Scott. Easy catch dropped! And one of the fielders said, “Gosh! Now he is going to score a hundred.” And I scored 500!

What was your secret of batting on difficult pitches?

By batting a lot at the non-striker’s end (laughs). But on a serious note, I learnt that from Desmond Haynes. When I first got an opportunity to open the batting with him, he was the main batsman. So when I asked him this same question, he said, you know, Brian, try to spend a lot of time at the non-striker’s end, run singles. In any sort of situation, good or bad pitches, you have to have great respect for the bowlers. You have to understand what he’s doing. You have to appreciate that there’s not just a skill war. There is a mental war going on. And sometimes if you win the mental war, you know, you sort of win the battle. Some guys, sort of, crumble under the pressure. So, I feel for me, whenever I went to bat, I tried to win that war. I felt I was vulnerable at the very beginning but as time went on, I sort of played better.

How did you deal with a bad phase?

For me, when I was succeeding and I wanted to make that period as long as possible. When I wasn’t doing well, I was too tough on myself but I truly tried to minimise it. So, I would always appreciate the fact that, things are not going to go well all the time. And I was definitely no Bradman, but I felt that I needed to keep a level head. My favourite saying is from Rudyard Kipling: If you can meet with Triumph and Disaster/ And treat those two impostors just the same. I love this because they are imposters. When you succeed, you know, you can get swell-headed or you can be failing, and then you are all down in doldrums. So I try, as much as possible, to keep an even keel.

And was it difficult being Brian Lara?

The problem is the fact that, you know, I grew up in an invincible West Indies era of the 1970s and the 1980s. Thereafter, things, sort of, went on the decline. So I spent most of my career on the losing side in terms of West Indies sliding when playing against Australia, against England against India. And that was pretty much more hurtful then actually playing the game when I got out there to play the game. But I was always having fun. I was always in a place where I wanted to be.

You were just 47 runs short of reaching 12,000 Test runs and you called it a day. Did you not look at the numbers at any point?

Brian, it is one thing to set a world record of 375, but quite different to get it back by scoring 400 not out. How did you manage it?

Obviously, it wasn’t planned but I suppose it was destiny and very appreciative to be the one to hold the record.

From your playing days, how much has international cricket changed?

Obviously, there is a push towards the shortest version of the game. And you have to appreciate the fact that even sponsors are willing to dive into a cricket game for three hours, instead of five days. And so do the spectators. We’ve created through the T20 a lot of new spectators. Now, Test cricket has gotten a boost in terms of creating a league. I always felt that, you know, whenever I played Test cricket and jumped from country to country. You rack up the numbers and you win a series or lose a series, there was nothing really added onto it. So having something that culminates into Test championship, I think is amazing.

Any changes that you suggest?

I think that the ICC will have to do a little bit of brushing up. After all, it’s the first year of the cycle. I think, you can’t play two Test matches, have 120 points available and play five Test matches and still have 120 points! And I also believe that in any league that you play, you know, all the participants play in an equal amount of games. So they must find a way of doing so. Maybe, if England is playing Australia a Test series, you pick three of the Test matches that carry the points. That should even out a few things.

What separates India, Australia and England from the rest of the Test playing nations?

I think first of all, there is an undisturbed drive in their cricket. I mean, India and the BCCI have a plan and they have no worries. You know, a lot of the other countries lose cricketers because of the worries of the financial situation. So first of all, some teams are playing depleted. You look at a guy like [Lasith] Malinga. You know, he hasn’t played Test cricket in a number of years because he simply knew where his future lie and he wanted longevity in his career. Look at Kieron Pollard. Kieron got picked on four-day cricket. He was scoring hundreds in four-day cricket but he has never gone on to play Test cricket, because of the direction that he has taken. So I think, finance is a big issue with the smaller nations. And that creates an exodus of players, it will create a sort of disenchantment with things and you would look to different avenues as a player. So hopefully, this can be remedied in some way.

Is it fair to say that the bowling standards have declined in international cricket?

I think it’s a seesaw. In some countries, yes. In some countries, no. I think I’ve never seen a pace attack like the Indians have at present — in my time or even before my time. Also, nothing can take anything away from the young West Indies bowlers. I know they try their best. But how difficult it is to fill the shoes of a Joel Garner, a Malcolm Marshall or a Courtney Walsh? So I think, in some scenarios, it has sort of weakened but in other scenarios, it has strengthened. So, saying that cricket was tougher long ago, I don’t buy into that all the time. I don’t think it’s fair to say that to the present day cricketers. I think that they have their challenges.

What do you think of private leagues mushrooming in the cricketing world?

It is a bit worrying because you know, like a player can play five, six different leagues around the world and have no sort of care about playing for his country. I don’t know what position the ICC is in. And I would be wrong to have a major opinion on it, but it is worrying. That’s what I would say.

Do you think money has helped the game grow?

It has trickled down. It does trickle down to the players which is great. But money in sport is very good. You get to develop infrastructure, you get to develop young talent when you have the funds to do so. I think it’s done India very well, Australia very well and maybe England to a lesser extent.

Before we wind up, your take on Virat Kohli’s versatility in all three forms of the game?

It’s unbelievable. He’s cricket’s version of Cristiano Ronaldo. I think he’s taken fitness to another level. When see guys in the 70s and the fun that they were having, the fitness level wasn’t that great. In 2019, pretty much, fitness is a major part of the game and Kohli is leading the charge, not just in India but around the world. His mental strength is unbelievable.

Finally, just curious to know if there was ever, or is, a complete batsman in your view.

Yes. Virat Kohli. And if you ask me the greatest batsman ever, it’s Viv Richards.

Cricket will come back to the Commonwealth Games (CWG) roster for the first time since 1998 with the inclusion of women’s T20 for the 2022 edition in Birmingham, the Commonwealth Games Federation (CGF) and the International Cricket Council (ICC) announced on Tuesday. Cricket has made just one appearance at the CWG previously, with men playing […]

Former India captain Kapil Dev gave credit to New Zealand for its performance in the first Test at Wellington in the ongoing series. “In the last 50 years one thing that New Zealand has shown is big commitment to the game. They may not have big names but they are able to perform consistently,” said […]