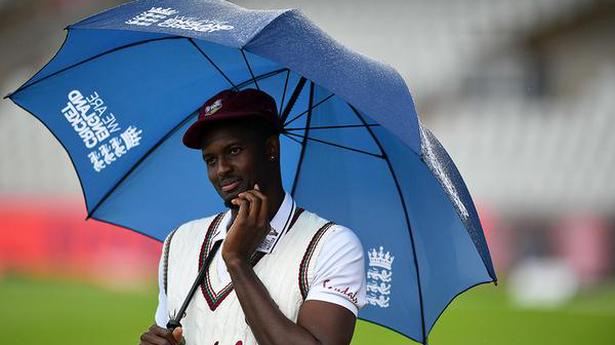 The West Indies relished the freedom to be out-and-about in COVID-free New Zealand on the eve of the first Test in Hamilton on Wednesday, but said the pressure was on to be fully focused once the match starts.

West Indies skipper Jason Holder said his Test squad bore little resemblance to the T20 side whipped 2-0 by New Zealand in the past week, and was much improved on the side crushed by 240 runs when it last played the longest format in Hamilton three years ago.

“We’ve had some good success from then till now so I think the point for us is to just continue to build as a side,” Holder said as the West Indies trained on Tuesday about 15 metres from a very green Test wicket.

Out of the bubble

The visitors have revelled in finally being able to escape the bubble life that has confined many of them for most of the past five months as they played in England and then Dubai, which hosted the Indian Premier League, in empty stadiums because of the pandemic.

New Zealand has a chance to play its way into the final of the World Test Championship if it sweeps the two Tests against the West Indies and the following two against Pakistan.

Face off in Rawalpindi in their opening Super League series Source: thehindu.com Related

Cricket legend Allan Border has handpicked Virat Kohli, Eoin Morgan and Aaron Finch as the three skippers to watch out for in the ICC ODI World Cup, starting May 30 in the United Kingdom. Border, who led Australia to World Cup triumph in 1987, said Kohli’s aggressive and “in-your-face” style of captaincy makes him a […]