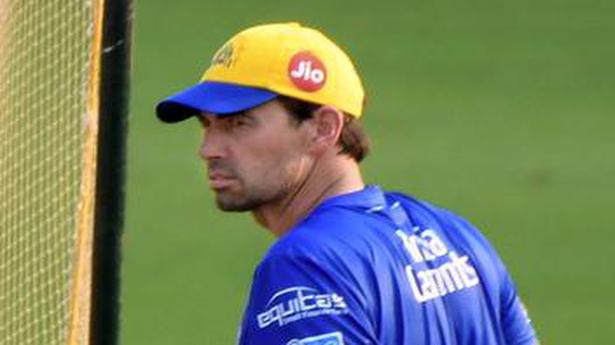 From one loss after eight games, Chennai Super Kings has had a huge dip in form with only one win in the next four. The team suffered another loss to Mumbai Indians on Friday, its first home defeat in six matches this season.

The game yet again exposed the team’s batting woes. Speaking after the match, coach Stephen Fleming said while the absence of M.S. Dhoni was huge, he wanted the others to step up sooner than later.

“Dhoni is a great leader and a great player. He’s been a constant for us for so many years. You just get into the rhythm while having him there.

“When you take a leader like that out, there are going to be some holes to fill.

“I think what concerns me is repetitive mistakes. The fact that we are still at the top of the table is a testament to bowlers and individual performances,” said Fleming.

“But at the same time we don’t want to wait until it’s too late, we have two games left, and hopefully, the finals,” he said.

While the likes of Kedar Jadhav and Ambati Rayudu are woefully out of form, the former New Zealand skipper said the team’s philosophy is to back their international players to the hilt and correct what’s not working.

“The consistency in the selection has given us fruits, Watson (in the last match) was a good example of that. Vijay has been on the fringes throughout the tournament, he’s trained well, today was an opportunity for him, he batted well.”

“We will back our international players as much as we can, but you’ll have to earn your place in this team.”

Royal Challengers Bangalore skipper Virat Kohli won the toss and opted to field against Kings XI Punjab in an IPL match in Mohali on Saturday. RCB made one change, bringing in Umesh Yadav for Tim Southee, while Kings XI included Andrew Tye, in place of Hardus Viljeon, who is down with flu. Mayank Agarwal, who […]

With the Diamond City’s long wait for international cricket finally over, the Indian women gave the fans another reason to head home with a big smile as they held their nerve to pip South Africa women by 11 runs in the opening T20I at the Lalbhai Contractor Stadium on Tuesday. Despite Mignon du Preez’s brilliant […]