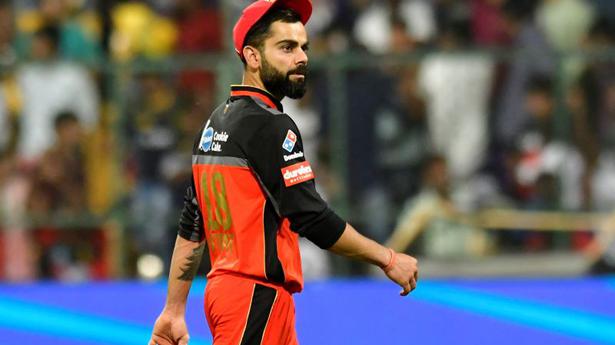 When a captain loses six straight matches in a tournament, questions are bound to be asked regardless of his international pedigree. Virat Kohli has been leading Royal Challengers Bangalore (RCB) for seven years now, and in over 100 matches (44 wins, 53 losses), yet his team, regularly seen as one of the favourites haven’t won a single title so far. Gautam Gambhir, for one, thinks Kohli has been lucky to keep his job at the top despite his record.

If nothing succeeds like success, nothing succeeds like failure too, and Kohli has two choices before him — throw everything into the remaining matches and hope the points permutations and combinations somehow see RCB through. Or decide quickly to pull out as captain (in India, the powerful decide when they play, lead, or take a blame; selectors and management have little to do with it), maybe even as player with the World Cup just round the corner.

This will ensure he gets a break and appear fresher and baggage-less for the bigger tournament in England. But he will have to be convinced that taking a break isn’t the same as running away, for he is a proud man and loves to prove people wrong. What is good for RCB may not necessarily be what is good for Indian cricket right now.

In Test-match cricket, Kohli is just one win away from equalling Mahendra Singh Dhoni’s Indian record of 27 wins; his victories have come in 46 Tests, Dhoni’s in 60. In ODIs, his 49 wins in 68 matches give him a high percentage (74) of wins, while in T20Is, he has a respectable 12 wins in 22 games. In all formats combined, among those who have led in over 100 matches, Kohli’s record of wins (64 percent) is bettered only by Hansie Cronje, Steve Waugh and Ricky Ponting. So why does he struggle with the IPL?

This year, part of the problem is with his players’ astonishing fielding and bowling. RCB, according to one calculation, has dropped 14 catches, converting just 58 percent of their chances from the simple to the difficult. They have also bowled the most no-balls. “We should not be bowling three no-balls and eight wides in an innings,” said A.B. de Villiers.

New statistical matrices have been able to pinpoint fielding lapses, batting issues and bowling drawbacks. But captaincy mistakes are yet to find similar conversion to easily digestible figures. This, partly because you can only judge a captain by what he does and not by what he ought to have done, and also because converting psychological impact is well nigh impossible.

I suspect that what makes Kohli a good Test captain is the very quality that makes him less than successful in the IPL. It is his intensity. Over a five-day period, his teammates know how to absorb it and handle it without falling apart or letting it affect their performance. Over the shorter game, there is no place to hide. It is the exact reverse of Mahendra Singh Dhoni’s style. He is better focused in the shorter game, able to concentrate over the 20 overs each innings takes — while in the five-day game his mind tended to wander and he missed some tricks.

Is Kohli putting pressure on his own players with his unrelenting style, or is that an exaggeration? After all, most of his team have experience of international cricket and the pressure situations that crop up regularly. Why would the captain’s intensity affect them adversely? Perhaps it doesn’t affect every player. But it must affect the batsmen he is at the crease with, and it seems to distress the bowlers who then make basic mistakes.

Imran Khan, a very good captain (he once won Man-of-the-Match in an international for his captaincy alone), had a similar affect on his players. It took them a while to find their rhythm under him, and once they did they were good enough to beat the best in the world.

The national team have worked out how to react to Kohli, and let his style stimulate rather than dampen them. Over a period, a team learns how to adjust to its captain’s style and make something positive out of it. It is a little more difficult for a team that comes together for a few weeks every year.

Ishan Porel on a helpful wicket with the new ball was too hot for Jammu and Kashmir as the pacer set up an easy wicket win for Bengal with his spell of six for 34 in the Elite Group-C Vijay Hazare Trophy match here on Monday. Electing to bat, J&K was bowled out for a […]

Kristian Clarke came up with an all-round performance to help New Zealand beat West Indies by two wickets in a low-scoring game and enter the semifinals of the ICC under-19 World Cup here on Wednesday. Clarke (4/25) shone with the ball as the Kiwis restricted West India to 238 and then made an unbeaten 46 […]