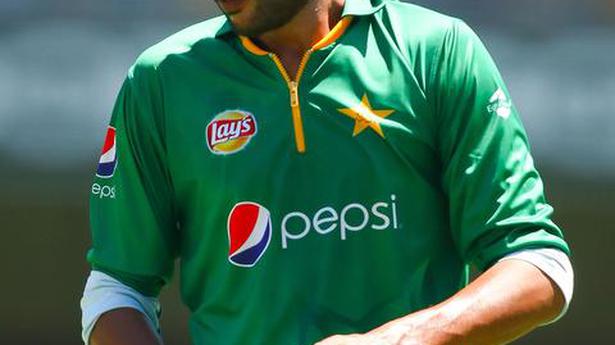 “When your main strike bowler is not taking wickets regularly obviously it causes concern to the captain,” Sarfaraz told a television channel.

Since the Champions Trophy final at the Oval in 2017, when he produced a match-winning spell of three for 16, Amir, 26, has not taken more than a wicket in 14 ODIs and has also gone without a wicket in nine of these matches.

The selectors are due to announce the Pakistan World Cup squad on April 18.

“Pakistan is due to play a five-match ODI series against England besides some matches against English counties in May and since every country has to give final shape to its 15-member World Cup squad by May 23, the selectors might want to have a final look at Amir before deciding on whether he plays in the mega-event or not,” a source said.

Sarfaraz agreed that there had not only been a drastic cut in the strike rate for Amir but his pace had also come down. “I can’t say whether he (Amir) will be in the World Cup squad or not but our minds are clear about our plans and when the squad is announce everyone will know,” the Pakistan skipper added.

The source confirmed that Amir’s selection is dicey since even the head coach Mickey Arthur and bowling coach Azhar Mahmood seem to have lost faith in him making a comeback.

“Arthur has backed Amir all through this time but with more pace options available now, he is having second thoughts about reposing faith in Amir in the big event,” the source claimed.

Amir was also dropped after just one match in the recent five match ODI series against Australia in UAE.

Sri Lankan fast bowler Lasith Malinga is set to retire from one-day international cricket after playing the first game of a three-match series against Bangladesh this week. Sri Lanka captain Dimuth Karunaratne says Malinga has indicated that he will retire from ODI’s after Friday’s match. In a career spanning 15 years, the 35-year-old paceman with […]

The Vijay Hazare Trophy’s Elite Group A suffered a complete washout for the second straight day, with all three scheduled matches called off without a ball bowled. Mumbai vs. Jharkhand (Just Cricket), Hyderabad vs. Goa (Alur 2) and Kerala vs. Chhattisgarh (Alur 1) all had to be abandoned on September 25 as overnight rain led […]

Former India batsman Atul Bedade has been suspended as the head coach of the Baroda women’s team after the players accused him of sexual harassment and public shaming. A source within the Baroda Cricket Association (BCA) said action was taken after the players complained about his misbehaviour during the women’s senior one-day tournament in Himachal […]