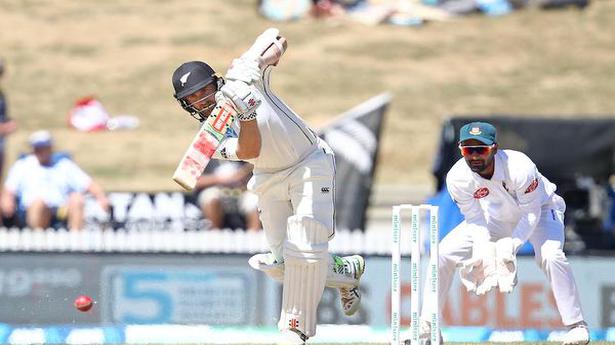 New Zealand’s first innings record 715 for six, including a double century by skipper Kane Williamson, put it in total control of the first Test against Bangladesh after three days on Saturday.

New Zealand breached the 700 barrier for the first time on its way to building a 481-run lead and was six wickets away from a win at stumps.

Bangladesh was 174 for four in the second innings, still 307 behind and with the last two recognised batsmen at the crease.

Williamson’s century made it only the 13th time in cricket history that the first three batsmen had reached three figures.

Mike Hesson on Thursday announced he has parted ways with IPL franchise Kings XI Punjab, lending credence to the speculation that the New Zealander is also in contention to be India’s next chief coach. The local media in New Zealand reported that Hesson has applied for the top job in both India and Pakistan. Former […]

One of the biggest talking points of the 2019 IPL was R. Ashwin ‘Mankading’ Jos Buttler in the match between Kings XI Punjab and Rajasthan Royals. Nearly seven months later, at the same venue — Sawai Mansingh Stadium — there was a similar incident. Railways left-arm spinner Harsh Tyagi, seeing non-striker Agniv Pan out of […]

According to reports in the British media, the white ball tour may now happen in September, next year. Source: thehindu.com Related