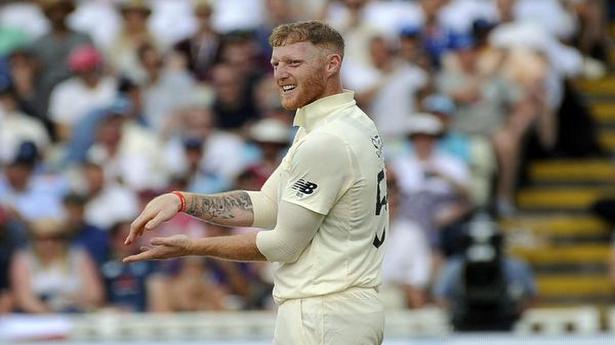 The throw from the deep that ricocheted off Ben Stokes’ bat to the boundary during the Cricket World Cup final will be reviewed in September, Marylebone Cricket Club (MCC), the custodians of the game’s laws, said on Monday.

“The WCC (World Cricket Committee) discussed Law 19.8 in relation to overthrows, in the context of the ICC Men’s Cricket World Cup Final. WCC felt that the Law was clear but the matter will be reviewed by the Laws sub-committee in September 2019,” the MCC said in a statement.

Chaired by former England captain Mike Gatting, the MCC World Cricket Committee met at the Lord’s on Sunday and Monday, but former India captain Sourav Ganguly, who is also part of the panel, skipped the meeting due to personal reasons.

The Committee of Administrations (CoA) extended the date from Sept. 14 to 28 for State cricket associations to conduct own elections, as per a media release from the BCCI. The Board elections will be held as scheduled on Oct. 22. The extension of date is in response to requests from State units. The CoA further […]

Patil warns against a knee-jerk reaction

It has been a nightmare season for Mumbai in the Ranji Trophy. It lost to Railways and Karnataka and has six points from three games. Former India batsman Sandeep Patil, tells The Hindu that it’s time for the players to take responsibility. Excerpts… What is wrong with Mumbai this season? I am not involved with […]

Support staff likely to get extension

The Indian team’s existing support staff, led by chief coach Ravi Shastri, stand a good chance of getting an extension. The authorities are reportedly happy with their work and are inclined to stretch the contract beyond the forthcoming World Cup. Shastri, who succeeded Anil Kumble in July 2017, was offered a two-year contract which comes […]