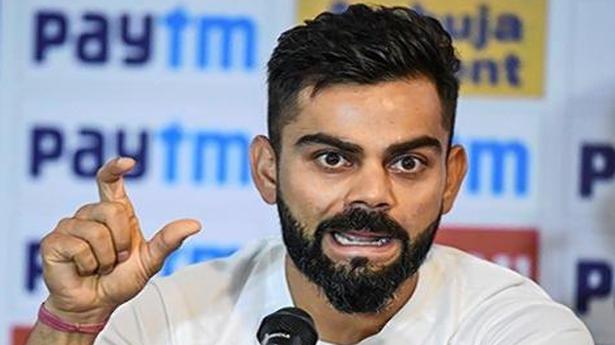 If cricket is far from being a simple sport for a tyro, the World Test Championship is even more complicated to fathom even for an ardent sports lover.

As the debate over the fairness of the points system heats up as the WTC is settling in, India captain Virat Kohli has said he would prefer an additional incentive for winning a Test overseas.

“If you would have asked me to make the points table, I would give double the points for an away-Test win. That is something I would definitely like to see. Maybe after first edition,” Kohli said on Wednesday, ahead of India’s second Test versus South Africa.

“Look, the importance of every game has become that much more. In situations, in a three-match series, you probably would have played out a draw, but teams are going to go for wins and get those extra points, so, I think it’s great for Test cricket.”

With India topping the WTC table in its early stages, Kohli stated that the competition has made cricketers more intense.

“The matches are going to be that much more exciting is what we all feel and have already experienced that. We have to be professional in every session that we play. It will be much more demanding on the players now, which is a good thing as it will keep the standard of Test cricket high.,” he said.

While India has maintained a clean slate in its three Tests of the WTC so far — two in the West Indies followed by the first of the Freedom Series in Visakhapatnam — South Africa had its first brush with the new tournament last week.

Terming the points system as “complicated”, captain Faf du Plessis said that not losing points at home will be critical for the teams to feature in the final, scheduled in mid-2021.

“It is complicated. Obviously, shorter the Test series, the more points you get. You get a 120 points for two wins and then you play a five-match series, then you’ve to win 5-0 which is a lot harder than winning 2-0,” du Plessis said.

“But I’ve noticed with these things, you’ll always find holes and flaws. It’s never a perfect system. So for us, it’s just about being the first who is going through this journey now with the Test championship. I think home games are going to be really important.”

India vs. New Zealand | Harnessing the wind is where Kiwis scored

In New Zealand cricket has a complex relationship with nature. Foreign teams fail to understand its dynamics and stumble in the process. You don’t have to look further than India’s capitulation in the first Test at the Basin Reserve. The side did not make use of the conditions like the New Zealanders did.   Subtle […]