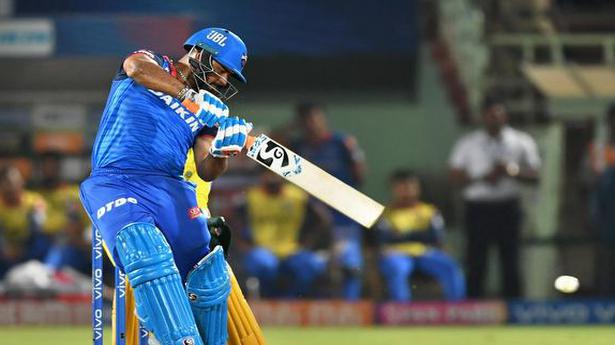 Rishabh Pant often cops flak for not being able to take his team past the finishing line but Delhi Capitals scouting head Pravin Amre feels the criticism is uncalled for as “you cannot curtail the natural instincts of a special player like him”.

After Delhi’s successful IPL campaign which saw them reach the play-offs for the first time since 2012, Amre spoke to PTI about what worked for the team this season.

Talking about Pant first, Amre said the young keeper-batsman took the disappointment of not making India’s World Cup squad on the chin.

In the end, he was the team’s leading run-scorer with 488 runs in 16 games at 37.53 and one of his match-winning knocks came against Sunrisers Hyderabad in the eliminator, where he took the team on the cusp of a famous win before getting out.

“I saw Rishabh three years ago (when he joined Delhi) and when I see him now, I feel a lot of good has happened to him. He has got that x-factor and he can win games singlehandedly on his day,” Amre, a former India batsman, told PTI.

“If you talking about his finishing skills, he himself is aware (that he needs to finish games more often). When you are a match winner you have take on the opposition in this format. You can’t player safe cricket, you have to take risks. With these type of players, you really have to mould them properly. You can’t tinker with their natural game. They play on instincts.”

Pant played a crucial role alongside skipper Shreyas Iyer and South Africa pacer Kagiso Rabada in taking the team to the play-offs. On Delhi’s performance in IPL 2019, Amre said the turnaround was a result of fearless cricket displayed by the young guns.

“It is a tremendous result because a lot of effort was put in by the management led by Ricky and Sourav in guiding this young team. Finally we were able to give a positive result to the Delhi fans who remained loyal all these years. I would call it a total turnaround.

“I would also give credit to the players who were able to execute their plans this season. Important roles played by Shikhar, Shreyas, Pant and Rabada. The team believed it could cross the line which wasn’t the case earlier. We were as good as anybody in the league stage. We were always underdogs but we played fearless cricket and that paid off.”

Delhi lost to Chennai Super Kings in Qualifier 2 in Visakhapatnam on Friday, ending their impressive run.

“We are disappointed after the loss yesterday but we have to move on and take the positives from this result. You and win and you lose but it is important how you play the game and this time we played the kind of cricket we wanted to.

“Big reason why we gelled well was that 70 percent of the players who played last year were around this season too.”

Amre cited the example of finalists Mumbai Indians and CSK, who have reaped the benefits of keeping their core in tact.

“They have backed their players for a long time. The players know each other for a long time and probably we have done something similar this season. Those two teams if you see the key players have been retained.

“Rohit has played an important role for MI. After Dhoni, he has been the stand out skipper in the IPL. In a T20 format. It is very important to have a strong leader. It is all about the captain in the shortest format. Those quick decisions you make under pressure make all the difference,” he added.

Sunil Joshi’s first meeting as the selection committee chairman is likely to be more of an injury update as the selectors will take a stock of three sidelined players who have made a strong comeback this week during an invitational T20 tournament in Navi Mumbai. Hardik Pandya, Shikhar Dhawan and Bhuvneshwar Kumar have all represented […]

Openers Rohit Sharma and Shikhar Dhawan suffered injuries during the second ODI, raising an alarm ahead of Sunday’s decider in Bengaluru. While Dhawan was hit in the ribs by a short ball from Pat Cummins, Rohit injured his left shoulder while diving on the boundary to stop a boundary in Australia’s chase. Though Dhawan carried […]

The International Cricket Council (ICC) is concerned at the proliferation of private league in member countries and has set a process to regularise these events. To tackle the issue, the ICC, at the request of its Members, set up a Working Group in June 2018 to consider the sanctioning of events and player release. The […]